Dog agility is a sport in which a handler guides their dog as fast as they safely can through a complex, twisting obstacle course. Obstacles may include teeter-totters, tunnels, A-frames, weave poles, chutes, dog walks, tire jumps and bar jumps.

The sport of agility began very informally when a crowd-pleasing filler event was needed between obedience and conformation group judging at the Crufts dog show in England . Based on show jumping with horses, a course with obstacles suited to dogs was devised, and in February 1978, the first two teams competed. The audience was thrilled, dog owners were fascinated, and agility “took off” to become an incredibly popular dog sport worldwide. It reached the USA in the early 1980’s, and in 1987 the United States Dog Agility Association was formed in Texas . The North American Dog Agility Council was founded in 1993, and the American Kennel Club began offering trials in 1994. In Canada , Art Newman (North Gower ON) founded in 1988 what is now known as the Agility Association of Canada, and the Canadian Kennel Club came on board in 2000.

Solo and I started in agility in September of 2004, and Kiri started several months later. Cassie and others followed, and Truffle is now in training. 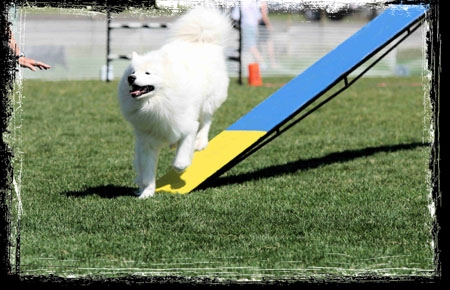 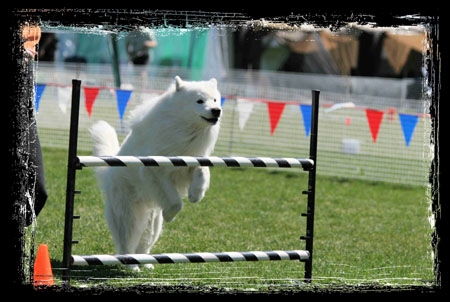 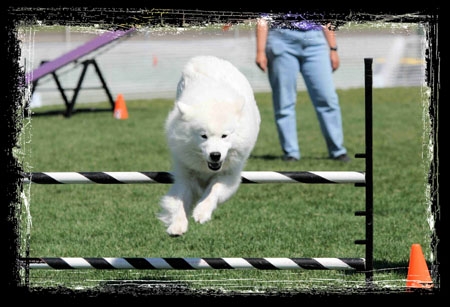 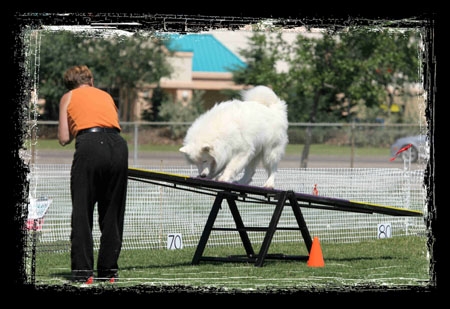 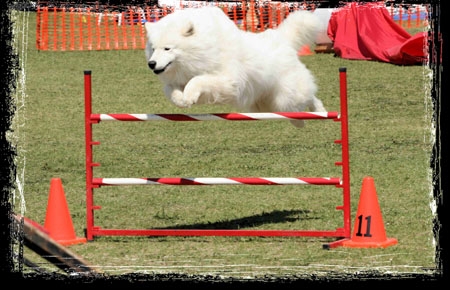 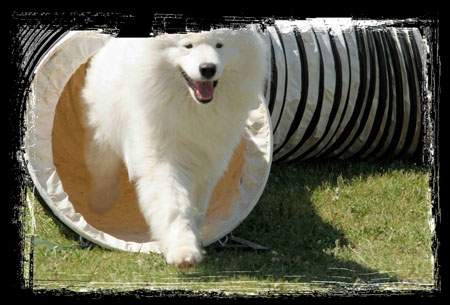 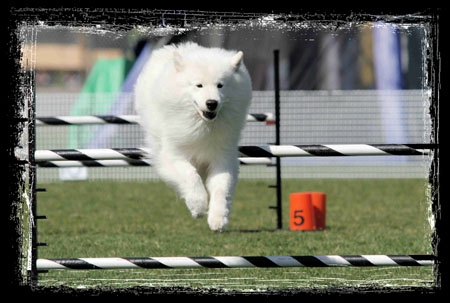 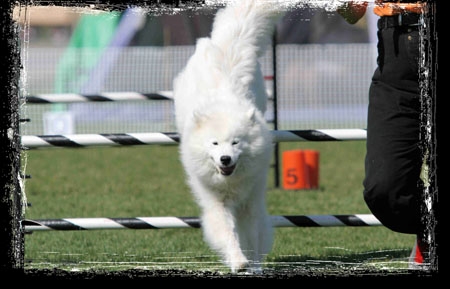 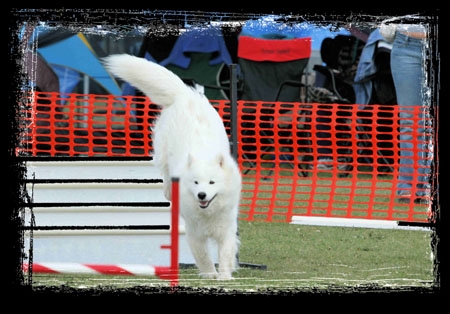 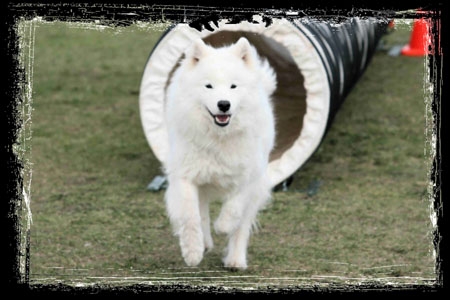 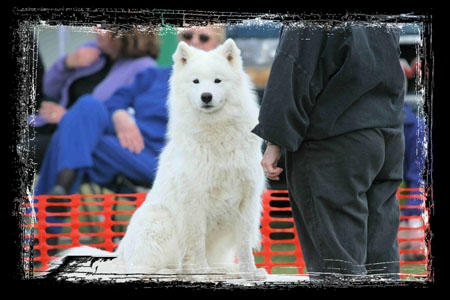 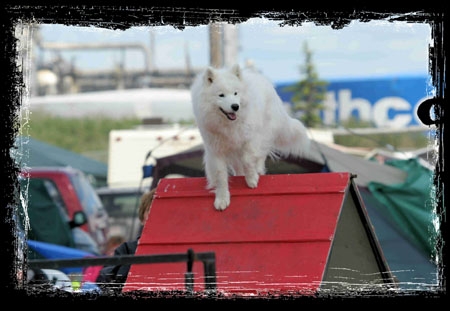 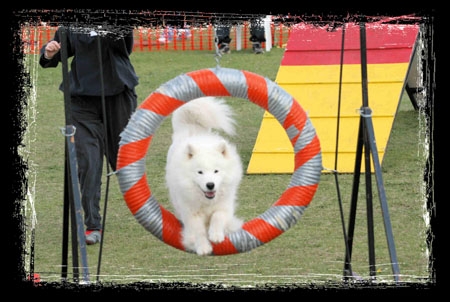 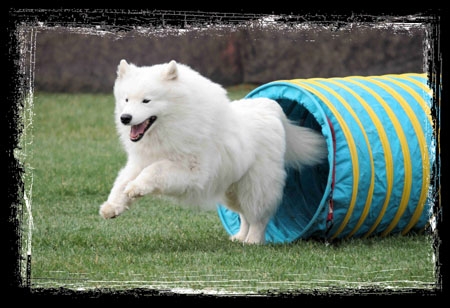 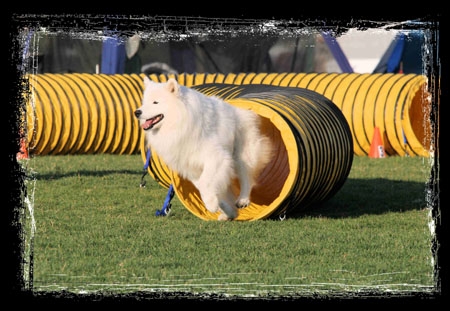 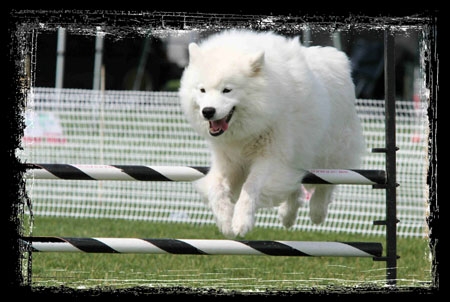 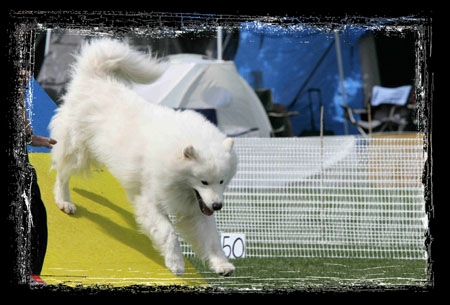 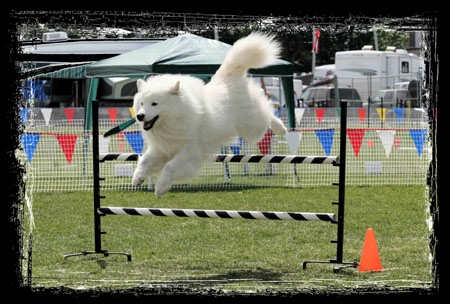 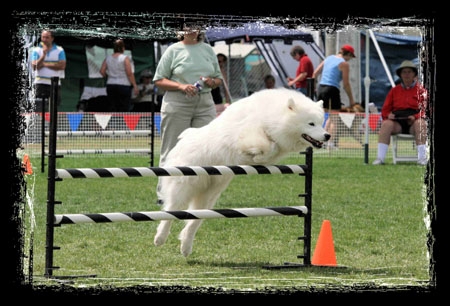 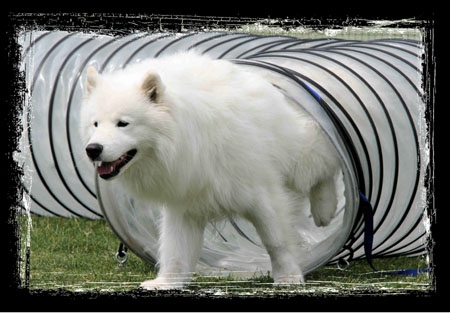 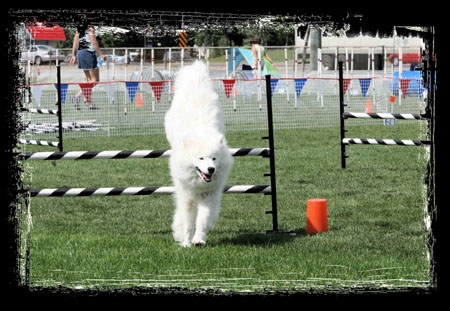 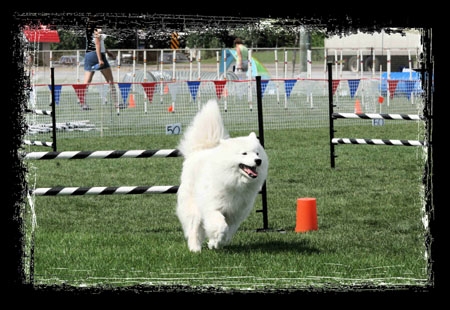 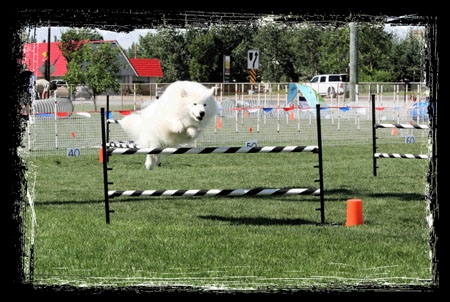 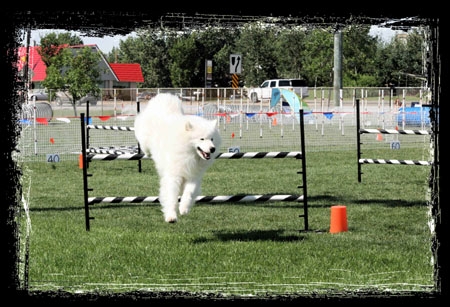 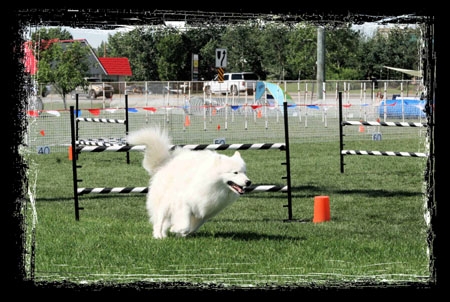 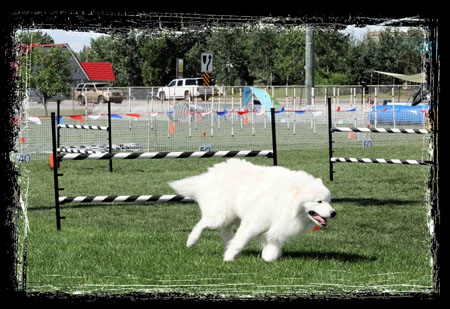 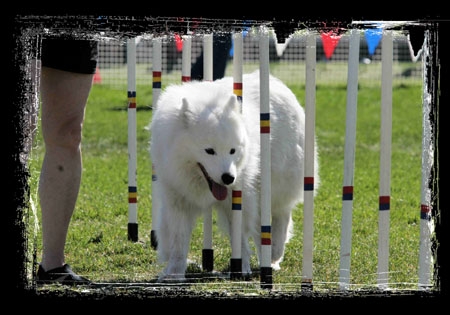 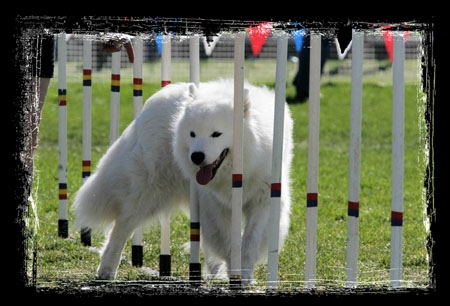 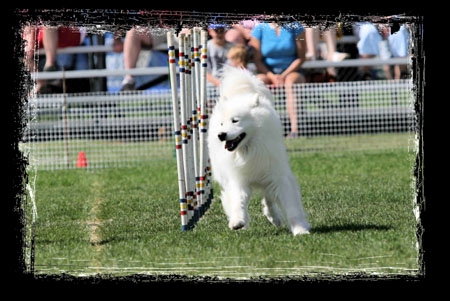